There are about 300 species in the Genus Iridaceae, which include the Bearded, Dutch, Siberian, Japanese, and the Louisianna iris. It takes its name from the Greek word for a rainbow, which is also the name for the Greek goddess of the rainbow, Iris.

The iris that is most familiar is the Bearded Iris (Iris germanica). To me it is the old fashion iris that my grandmother and mother grew. They come in a rainbow of colors and in different heights; dwarft, intermediate, and tall. They are also called “flags” and German iris. Bearded are spring blooming perennials that flourish in zones 3-9 and are easy to grow. Some have a wonderful fragrance. Hybridizing has diminished fragrance but the size of the blooms has increased.  The dwarf bearded iris start the season, blooming in April, with the tall beardeds blooming May-June.  Beardeds grow from a rhizome. They should be planted in full sun and watered only when extremely dry or after transplanting. fertilize in spring and just after blooming with a low-nitrogen fertilizer. They need good air circulation and do not mulch. prune back foliage in fall and divide every 3-4 years. DO NOT plant the rhizome too deep.  A bit of the rhizome should be just visible at the soil surface. If the rhizome is planted too deep, it will not bloom. Irises are deer-resistant and drought-tolerant.

Dutch iris, also known as Iris hollandica, have orchid-like flowers with silky petals. Flower colors range from pale blue and lemon through deep purple, bronze, rose and gold. It has a slender stem in spring, topped by gloriously colored flowers. Bulbs are planted in the fall; the leaves emerge in the spring followed by the uniquely shaped iris blossom . The long stems make great cut flowers. Full sun and moist well drained soil is required. Zones 5-9. Permit foliage to “ripen” naturally so food can be manufactured by the leaves to nourish and enlarge the bulbs. Once the foliage browns it may be cut away. I call these the refined cousin to the Bearded iris. Dutch iris comes in dwarf and tall also. Dwarf  being only about 4-6” and bloom very early spring. Tall are 20-35” and bloom in late spring-early summer (May).

Siberian Iris (Iris sibirica) are the second most common iris in the garden. They are the dainty cousin to the Dutch and Bearded Iris.  Hardy and easy to grow, this perennial is smaller and more delicate then its cousins. It does not have the fuzzy beard that the bearded iris has. Siberian comes in shades of blue, purple, pink, white, yellow, and wine-red. The foliage is upright and grass like, and flowers blossom on tall stems in late May and June.  They prefer moist, well drained soil, with full-part sun.  Siberians may be planted in spring or late summer.  For the best visual display, plant in groups of  3-5.  Siberian also grows from a rhizome, but should be planted deeper than bearded iris.  Plant each rhizome so that it is covered with 1-2” of soil. It may take 3-4 years after planted for them to bloom. They are a good choice for naturalizing around a pond or water feature.  Grows 18-24” in some varieties and 2-4’ tall in others. Yellow Flag iris is 2-4’ and is considered invasive by some.

Fertilize in early spring and immediately after blooming with 10-10-10 fertilizer. Mulch heavily in winter.  Cut back dead leaves and stalks in late fall or early spring.

Japanese Iris (Iris ensata) require a lot of water and may require significant care. But you will be rewarded with large beautiful plants and robust blooms. If planted near a pond they will do just fine on their own.  Japanese should be grown in loose, well aerated, and nutrient rich organic matter. They are heavy feeders. A fertilizer for acid loving plants will be well received by the Japanese iris. 2 applications during the growing season are best. Rhizome clumps should be divided every few years and best done in spring or early fall.  After blooming season cut off faded flowers and stems to ensure beautiful blooms for next season. Bloom is “flat” in shape.

Louisiana Iris is a native plant to Louisiana that is happy in swamps or your pond or bog garden. They love wet feet. . It is an early spring bloomer in subtropical climates, June in the north. Comes in a multitude of colors and multiplies each year. Hardy to zone 5.  24-36” tall. It has fan shaped strap leaves and is somewhat invasive.  Common color is yellow but does come in dark purple to light blue. Leaves add great shape and texture to garden. Cut back each fall. To divide, simply dig iris in fall and separate corms. Fertilize lightly with an all purpose 15-15-15 fertilizer in spring, before flowering.

The diminutive Crested Iris (Iris cristata)  grows from a rhizome and is native to Arkansas. It will grow best in moist, humus-rich soil in full-part sun. Blooms in mid-late spring and flowers are 1-1/4-4” in size. It is a dainty, frilly bloom in shades of blues, violet, or white. They have a crest or ridge on each fall instead of a beard.

Iris Reticulata is grown from a bulb and is fragrant.  It blooms in early spring in a variety of colors and is only about 4-6” tall. Hardy in zone 5-9.  Plant in full sun to part shade. It has a central yellow mark on each fall. Cute as can be and a sure sign of spring!

Japanese Roof Iris (Iris tectorum)  is native to China but was found growing on roofs in Japan, hence the name. It grows about a foot tall with a spreading, rhizomatous habit common to most irises. Leaves are light green, about a foot long, sword shaped with a slightly corrugated texture down the length. The leaves do not stand erect, but arch over, making them a graceful groundcover. Flowers appear in late April and early May. 4” flowers come in white and lavender. Roof Iris were grown on the roofs in Japan, when during wartime, a decree was issued by the Emperor that made it illegal to waste land growing flowers.  All available land had to be used for rice or vegetables. The main reason for growing the iris was for the white powder that was made by grinding the roots. This powder was used to make the makeup that created the white faces of the Geisha girls. Roof iris grows as well in shade as in sun. Rhizomes should be just at surface of the soil.

Iris spuria, commonly called salt marsh iris or butterfly iris, is a tall, rhizomatous, beardless iris.  Developed around the turn of the century in England, it has the ability to compete with other plants and grows well in dry soil! Grows from a rhizome with stems  20-40” tall with 1-3 blooms per stem. Plants will tolerate light shade. Blooms will remind you of the Dutch Iris. Colors range in white, yellow, orange, copper, brown, blue, lavender, and purple. It flowers after the Bearded Iris. Hardy zones 5-9.

Sounds like a way to spend more time in the garden to me, and I’m all in.

In these crazy times of the Corona Virus, social distancing and stay- at-home orders, our gardens are our sanctuaries. They are a place to de-stress, stay active and get you outside into the fresh air.  During the early spring, weeding remains a necessary task. Some gardeners find weed removal sessions to be meditative, therapeutic and satisfying. It is certainly a safe and welcome distraction from our threatening surroundings, so align your thoughts to emphasize this work as a contributor to the health of your plants and garden.

END_OF_DOCUMENT_TOKEN_TO_BE_REPLACED

Helleborus or Hellebores, also called Lenten Rose or Christmas Rose, is one of the most attractive and longest blooming perennials for the part shade to full shade garden, and they thrive in DRY shade. Hellebores are the harbingers of spring. Their common name is Lenten rose because they bloom around the beginning of Lent.

END_OF_DOCUMENT_TOKEN_TO_BE_REPLACED

Here’s how important bees are to our food system: 70 out of the top 100 human food crops — which supply about 90% of the world’s nutrition — are pollinated by bees.

More than 1,000 of all pollinators are vertebrates such as birds, bats, and small mammals. Most (more than 200,000 species) are beneficial insects such as flies, beetles, wasps, ants, butterflies, moths and bees.

END_OF_DOCUMENT_TOKEN_TO_BE_REPLACED

PLANT IN THE GARDEN:

*Plant bulbs in soil with good drainage. This is the MOST important instruction. Moist conditions will cause the bulb to rot

*Cut as little foliage as possible when cutting flowers from your bulbous plants. The leaves and foliage are essential for storing food for next year’s blooms.

END_OF_DOCUMENT_TOKEN_TO_BE_REPLACED

Ironweed: vernonia lettermanii-Letterman Ironweed: the narrow leaf or thread leaf ironweed is a plant species known only from Arkansas and Oklahoma. In its native range this species occurs on gravel bars and adjacent rocky outcrops in droughty, sometimes flooded sites. Ironweeds are members of the daisy family. Narrow leaf ironweed is typically two feet tall and three feet wide; a long-lived, tap-rooted herbaceous perennial with stems that originate from a dense crown. It has entire, 1/8-inch-wide by 3-inch-long leaves that cover the unbranched stems from top to bottom.

END_OF_DOCUMENT_TOKEN_TO_BE_REPLACED

Daffodils are the most cost effective, pest-free perennial plants available and make wonderful companions with other bulbs, perennials, annuals and flowering shrubs. They grow in almost all areas of the United States as long as there is a discernible winter. END_OF_DOCUMENT_TOKEN_TO_BE_REPLACED

So, with the cooler temperatures, it is time for YOU to start planning your winter housing for the tender plants you wish to keep.

There are a few problems you need to consider: END_OF_DOCUMENT_TOKEN_TO_BE_REPLACED

END_OF_DOCUMENT_TOKEN_TO_BE_REPLACED

There is a subtle difference in light preference for a plant labeled “part sun” vs. one that says “part shade.” But, essentially, the two terms mean about the same thing. END_OF_DOCUMENT_TOKEN_TO_BE_REPLACED 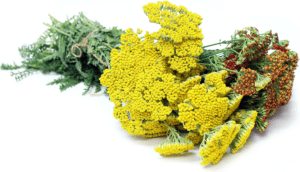 Achillea millefolium, commonly called common yarrow, is a rhizomatous, spreading, upright to mat-forming perennial that is considered by many to be an aggressive weed. END_OF_DOCUMENT_TOKEN_TO_BE_REPLACED 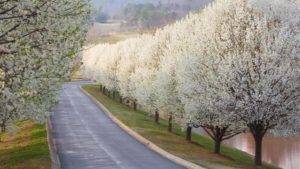 The Bradford Pear tree (Pyrus calleryana). originated in China and was introduced in 1964 by the US Department of Agriculture as an ornamental tree. END_OF_DOCUMENT_TOKEN_TO_BE_REPLACED